Continuing on the series on Adaptive Query Processing covered over here, this post would cover what happens to adaptive joins when plans are reused.

To give a little bit of context to the post, the earlier posts in the series explained how SQL Server 2017's Adaptive joins made it possible for SQL Server to switch between nested loop join and hash join in query plan during runtime depending upon the number of rows returned by one of the joining tables. "Adaptive join threshold" is a row count threshold used to decide whether to go for Nested loop join or hash join.
So, the question is what happens when the query plan is reused? Does the Query plan dynamically switch between the nested loop and hash join when the query plan is reused or does it just go with the last choice? What is the role of "Adaptive join threshold" when the plan is reused? To check it out, let's test it

Don't forget to turn on the Show query plan option to see the query plan.
Query plans for both the queries provided below 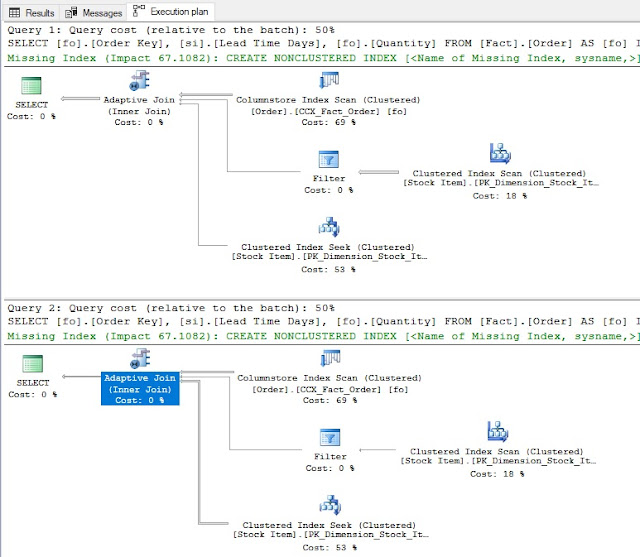 Both use Adaptive Joins which is a good news.
Now, let's compare the properties of Adaptive Join operator to understand more 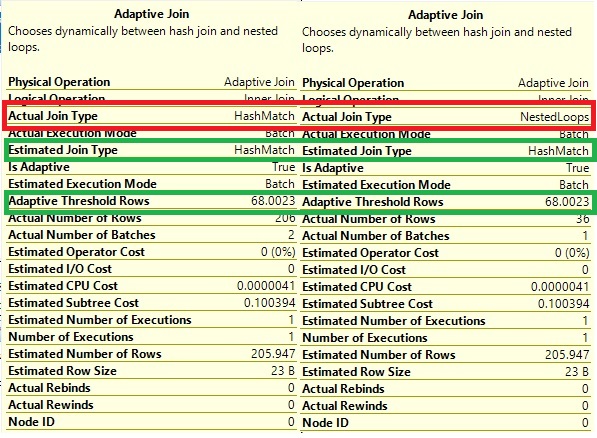 We at Coepd declared Data Science Internship Programs (Self sponsored) for professionals who want to have hands on experience. We are providing this program in alliance with IT Companies in COEPD Hyderabad premises. This program is dedicated to our unwavering participants predominantly acknowledging and appreciating the fact that they are on the path of making a career in Data Science discipline. This internship is designed to ensure that in addition to gaining the requisite theoretical knowledge, the readers gain sufficient hands-on practice and practical know-how to master the nitty-gritty of the Data Science profession. More than a training institute, COEPD today stands differentiated as a mission to help you "Build your dream career" - COEPD way.

its a great article on your blog. Thank you for sharing.
Amazon Web Services Online Training

i just go through your article it’s very interesting time just pass away by reading your article looking for more updates. Thank you for sharing.

Thanks for nice article you shared.
Complete Dot net and RPA tutorials

thanks for sharing informationmsbi training in hyderabad

Thanks for such a wonderful post azure online training hyderabad

This is excellent information. It is amazing and wonderful to visit your site.
SQL Azure Online Training
Azure SQL Training
SQL Azure Training

Nagaraj Venkatesan
I am Nagaraj ( aka Raj ), a SQL DBA handling one of the busiest OLTP systems in the city. Just like you I am awe struck by MS SQL Server. As I explore more and more, I will be sharing the same here.Let us have a good time by sharing and learning!!!